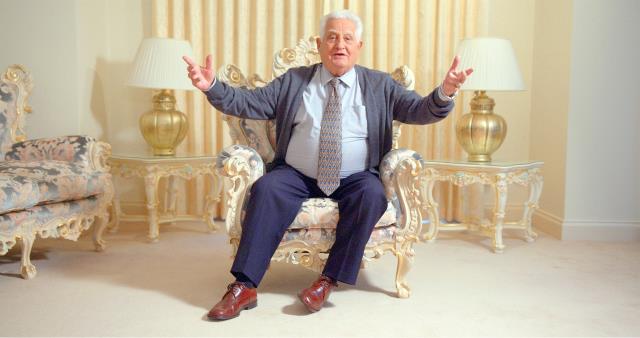 Did you miss this story? Here’s your chance to read (or re-read) one of our favorite 2021 stories!

A documentary on Footscray icon Franco Cozzo is set to screen in Yarraville as part of the 69th Melbourne International Film Festival in August.

For the first time, the festival will extend from the CBD to five suburban cinemas, including the Sun Theater in Yarraville.

The films showing at The Sun won’t be known until the full festival schedule unveils on July 13, but the odds are at Madeleine Martiniello’s Palazzo Di Cozzo.

It tells the story of Cozzo’s rise as King of Furniture in Melbourne after arriving in Melbourne from Italy in 1956 at the age of 21.

The documentary shows how Cozzo also became a cult figure, famous for sales pitches such as: “Big sale! Big sale! Big sale! Where? In Brunswick and Footscray. Franco Cozzo is pleased to present to you he modernissimo bedrooms, dining room and magnificent living room.

A record 11 tracks will make their Australian debuts at the festival, including The Drover’s Wife: The Legend of Molly Johnson by Leah Purcell.

The revisionist outback western is the festival’s first opening film directed by an Indigenous director.

Another is Justin Kurzel’s Nitram based on the Port Arthur massacre and the first Australian film in a decade to go in competition at the Cannes Film Festival.

Thirty-two titles have already been unveiled, this year’s festival presenting itself as a hybrid event between cinema and digital.