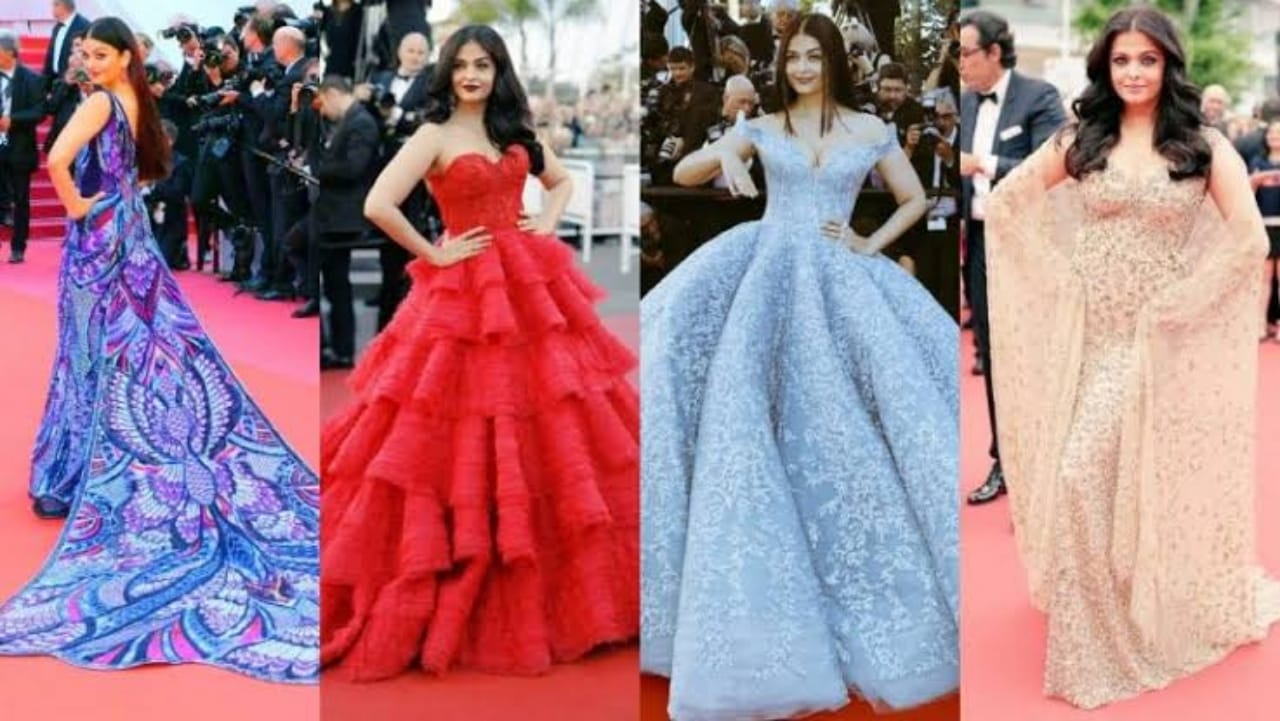 In the bodycon dress, the model was the epitome of grace as she represented L’Oréal Paris on the red carpet. With a touch of turquoise eyeshadow, the actress ensured she was the center of attention of the star-studded affair.

The actress was dressed in a yellow sari with rich gold jewelry, and she exuded grace. At the Cannes Film Festival, Aishwarya Rai Bachchan wears an Elie Saab blue dress. In a tight fitting off-shoulder dress with a lovely flair towards the end, the charming actress looked graceful. Her hair and makeup was immaculate, although we weren’t in love with the snake necklace she was wearing. Aishwarya Rai Bachchan wore another Elie Saab dress on the red carpet. And she succeeded this time. Ash was accessorized with a Jimmy Choo handbag and wore a one-shoulder peplum dress from the Spring 2011 couture line.

Also read: How would you wear your brown pants: With a t-shirt for a casual look like Tara Sutaria or with a lace top for a formal look like Alia Bhatt?